Binondo is a district in Manila commonly referred to as Manila’s Chinatown. Binondo shares close cultural ties to nearby areas, including Santa Cruz, San Nicolas, Tondo, and Quiapo.

This is considered to be the oldest Chinatown in the world, established by the Spanish in 1594 as an extension of their settlement in Intramuros.

The Spanish colonial rulers positioned their settlement for Catholic Chinese on the far side of the Pasig River. Under Spanish rule, Binondo was a busy parish for Dominican fathers who converted the residents.

A cultural pattern was soon established: Chinese immigrants would move to Binondo, convert to Catholicism, and begin intermarrying with the local Filipinos. This is where Manila’s Chinese mestizo community was born.

From its earliest days, Binondo was a key centre of commerce involving Chinese and Filipino-Chinese residents. It was Manila’s commercial and financial centre up until World War II.

Commercial banks, insurance companies, and other financial institutions – many connected to the United States and the United Kingdom – operated out of Binondo.

The banks clustered on and around Escólta, leading to the nickname ‘the Wall Street of the Philippines.’

Changing demographics and fresh growth in the post-war years started a commercial exodus, with many companies relocating to Makati.

Binondo even has some unique Filipino offerings that deserve to be sampled.

To avoid lapsing into a food coma, you can then take an interesting and history filled stroll around Binondo to check out the numerous local attractions. The district is adorned with a number of historical churches and temples.

Binondo Church is one of the Philippines’ oldest churches, and its distinctive pagoda-like bell tower is a must-see. The famously venerated image of the Black Nazarene, located in Quiapo Church, is another noteworthy place to visit.

You’ll find this shrine at the intersection of Tomas Pinpin and Ongpin streets; at most times the shrine is crowded with people lighting incense.

If you approach the edge of Binondo, you’ll see the boundary of Chinatown marked with several ceremonial arches celebrating the strong bonds between the immigrant Chinese and their Filipino hosts.

The most distinctive of these is the rightly-named Arch of Goodwill.

Binondo is also a shopping mecca, with both open-air vendors and shopping malls offering everything from fresh fruit and vegetables right through to herbal medicine to jewellery.

This has made Manila Chinatown one of the most popular Philippines destinations for those interested in shopping tours, food crawls and taking in the diverse history of the country’s capital. 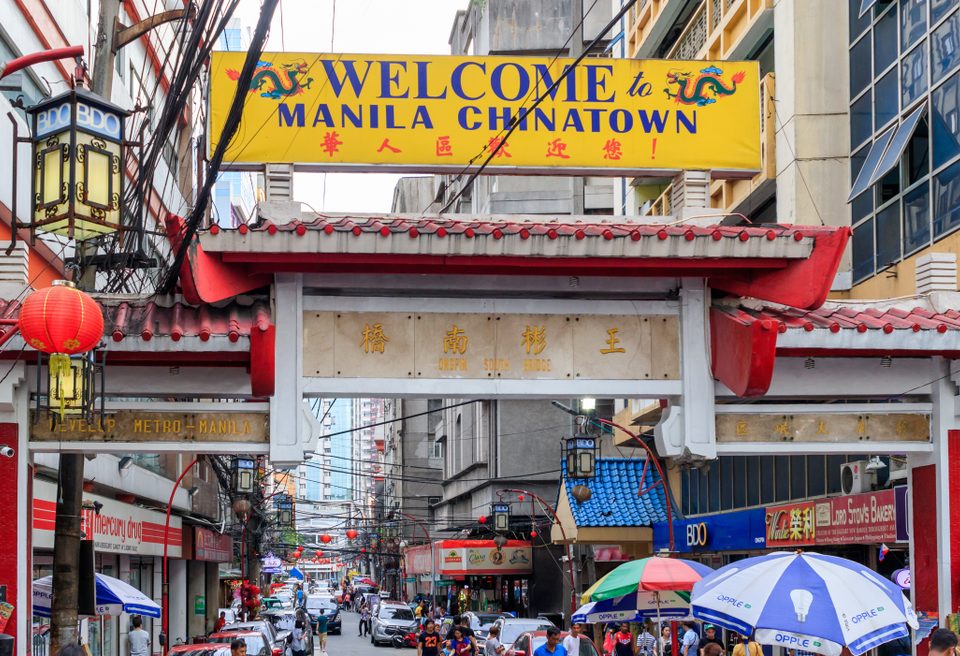 Binondo: Manila’s Chinatown Binondo is a district in Manila commonly referred to as Manila’s Chinatown. Binondo shares close cultural ties to nearby areas, including Santa Cruz, [...]
Do you like it?0
0 Read more Pasig River Cruise There has been a lot written about the Pasig River ever since I have been living in Manila, most of it far from [...]
Do you like it?0
0 Read more