Located on Baler Bay’s south end, the municipality of Baler serves as the capital of Aurora Province and is approximately 230 kilometres to the northeast of Manila.

It’s home to many breathtaking sights and has gorgeous views of the Pacific Ocean. The settlement was initially founded by a group of Franciscan missionaries in 1609 and in 1658, the Recollects and Augustinians converted it into a town.

There was a massive storm on December 27th, 1735 that devastated the area. During that time, Baler was located in the area now known as Barrio Sabang.

The wave that destroyed the town, known as Tromba marina, caused a new community to develop. This area is the Poblacion of Baler. The area that was devastated by the storm is now called “Kinagunasan.”

An Important Part Of Philippine History

On June 27th, 1898, just 15 days the Philippines declared independence from Spain, the San Luis Obispo de Tolosa Church was made into a barracks by 54 Spanish Baler garrison soldiers.

After the siege of Baler, on June 2, 1899, the final Spanish garrison in the area surrendered. By then, Spain had ruled the Philippines for more than three centuries but their reign had come to an end.

The area was then occupied by both the Americans and the Japanese before Baler became Aurora’s capital in 1951. The area was a sub-province at the time, but Aurora later became a province in its own right.

Baler gained a great deal of attention when the film Apocalypse Now filmed scenes there in the 1970s. Both the surfing scenes and the helicopter attack were filmed in the area.

Baler’s headline is still known as “Charlie’s Point” because of a line from the movie. It is said that the film helped to develop the surfing culture in the Philippines.

Is It Difficult To Reach Baler?

People often assume that it will take several hours to drive to Baler considering where it is located.

Many people are turned off from visiting Baler because of the long drive. Thankfully, Baler has become easier to reach, which has caused it to become one of the more popular Philippines destinations.

Both the roads and infrastructures in the area have seen significant improvements and with careful planning, it’s possible to reach Baler in under five hours.

While Baler is famous for its surfing, it has more to offer than waves. There are plenty of spectacular attractions and natural sights to check out here, which means the trip here is more than worth the effort.

Naturally, many people that visit Baler will want to check out the surfing at Sabang Beach however, attractions such as Balete Park, the location of the famous Balete tree, is also worth a visit.

Balete Park is located in Maria Aurora, which is just a short distance from Baler. The Balete tree is also referred to as “The Millenium Tree.” The tree is approximately 600 years old and is believed to be the Philippines’ oldest tree.

It’s also worthwhile to see “Mother Falls” in San Luis. Officially known as Ditumabo Falls, this is approximately a half-hour drive away from Baler.

The falls are located at the head of the Ditumabo River. From the moment you see it, you’ll understand why it earned the nickname “Mother Falls”.

Then hike to the falls is around 1.3km. The trail there is fairly safe and takes about one hour back and forth. This is an incredibly powerful waterfall that stands 40 metres high.

You should also take the time to see the spectacular scenery at the Dicasalarin Cove. The water here is a shade of turquoise and looks absolutely incredible and the beach has a lovely powdery golden sand lined with palm trees.

When you’re travelling to Dicasalarin Cove, you will see more beautiful views at Aniao Islets, which are near Diguisit Beach. Here you’ll be able to see limestone rock formations protruding from the waters, similar to the sight in Palawan.

You can also check out the breathtaking views of the Pacific Ocean from Ermita Hill, and you can also visit the hanging bridge as well.

When you’re back in Baler, there are some interesting historical sights to check out. For example, you can visit the Baler Church, where, in 1898, Spain surrendered the Philippines territory to the United States.

You can also stop the home of Dona Aurora, the wife of Manuel Quezon, the Philippines’ first president.

The Baler marker is located in the town centre and is just a short distance from both Museo De Baler and Quezon Park. Manuel Quezon’s original home is also located here.

As you can see, there are so many sights you can enjoy while you’re in Baler. Don’t be turned off by the long drive. As long as you prepare properly, you’ll have a wonderful time and enjoy some very unique experiences. 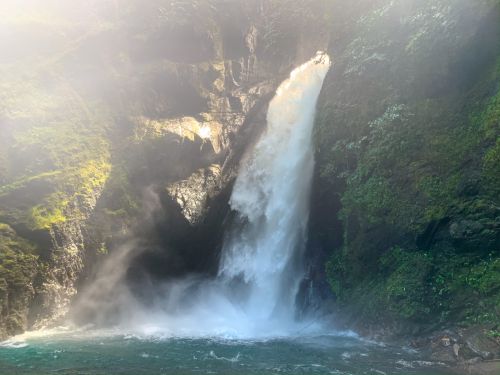 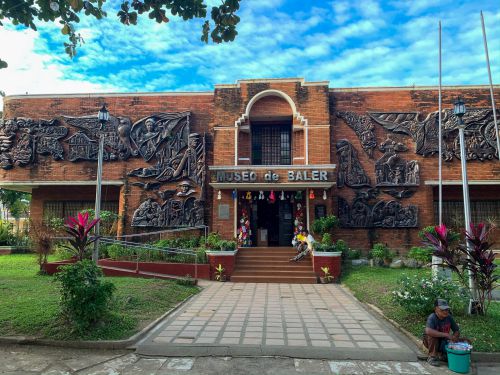 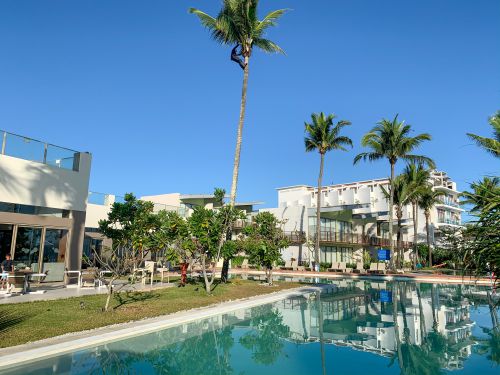 Baler in Aurora Province – More Than Just Waves Located on Baler Bay’s south end, the municipality of Baler serves as the capital of Aurora Province [...]
Do you like it?0
4 Read more